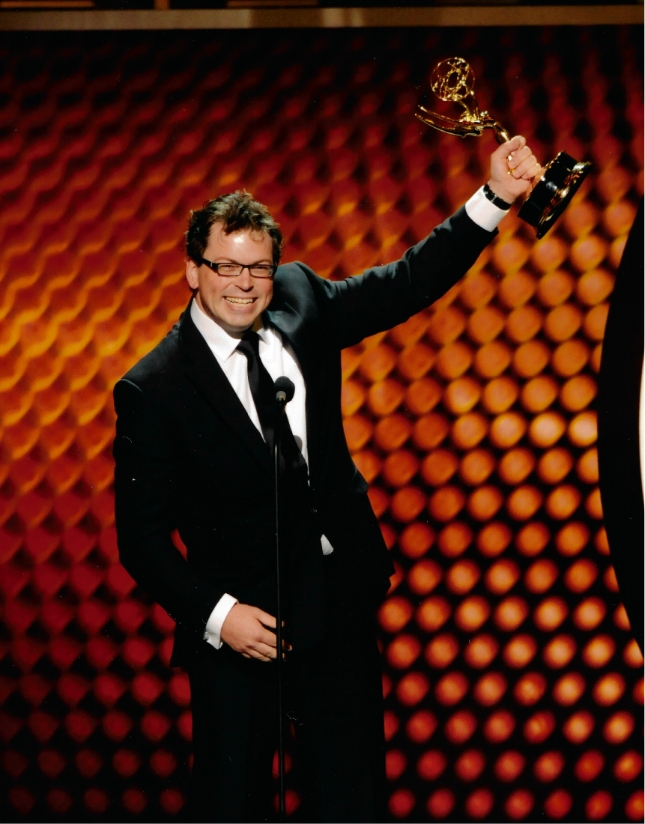 Dave Pierce is an Emmy-Award winning composer, producer, orchestrator and arranger who has been recognized as a creative leader across the globe. For more than 30 years, Dave has built a multi-disciplinary career in the recording industry, broadcast specials, theatre production and large entertainment spectacles.

With music as the foundation of his lifelong career, Pierce’s multi-talents have led to production and recognition from the Grammys to the Tonys and from New York’s Broadway to the world stage of the 2010 Winter Olympic Games - which earned him a 2010 Emmy Award for Outstanding Music Direction of the Vancouver Olympic Opening Ceremony.

Dave has spent decades working on the Frank Sinatra Catalogue with the Frank Sinatra estate. This has led to his work as the go-to arranger and orchestrator to preserve the traditional sound of iconic American Big Bands in the music of Michael Bublé, Human Nature, Omar Kamal, The Offspring and Robbie Williams.

Not only a master of the American Songbook, Dave Pierce has delved deeply into understanding and learning local traditional music from artists and musicians around the world. He has earned awards and accolades for his fusion of traditional and international music for global events as varied as the Dubai World Expo, Canadian Indigenous music for Calgary Stampede and The Olympic Games Opening Ceremonies.

As a creative producer, his creative vision encompasses the entire show, from musical arrangement to the production of stage shows and audio/video content for everything from hand-held devices to enormous stage backdrops with stadium surround sound. His shows have dazzled more than 250,000 spectators annually at the mega-spectacle that is the Calgary Stampede Evening Grandstand Show. Complete with a cast of 300, fireworks above the city skyline, world class acrobatic acts and renowned comedians and headliners.

Though his reach is global in both live and digital spaces, Pierce finds his inspiration, his connection to the land and his love of music at his creative retreat and studio in the foothills of the Canadian Rockies.